Queen of Hearts, The 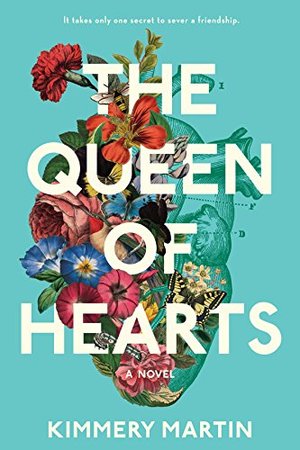 Kimmery Martin
A debut novel set against a background of hospital rounds and life-or-death decisions that pulses with humor and empathy and explores the heart's capacity for forgiveness...Zadie Anson and Emma Colley have been best friends since their early twenties, when they first began navigating serious romantic relationships amid the intensity of medical school. Now they're happily married wives and mothers with successful careers--Zadie as a pediatric cardiologist and Emma as a trauma surgeon. Their lives in Charlotte, North Carolina are chaotic but fulfilling, until the return of a former colleague unearths a secret one of them has been harboring for years. As chief resident, Nick Xenokostas was the center of Zadie's life--both professionally and personally--throughout a tragic chain of events in her third year of medical school that she has long since put behind her. Nick's unexpected reappearance during a time of new professional crisis shocks both women into a deeper look at the difficult choices they made at the beginning of their careers. As it becomes evident that Emma must have known more than she revealed about circumstances that nearly derailed both their lives, Zadie starts to question everything she thought she knew about her closest friend.

This book took me back to a time when my younger sister was a medical student and I would be sitting with my mother and sister at a restaurant with my sister talking about what she was learning and I was telling her that I didn't want to hear the details and I was certain that dinners around us shared my feelings. Often, I would push my plate away, made sick by something she was talking about. There is blood and some rather vivid descriptions of medical procedures, and I felt at times that they could have been edited to make the book get to the overwhelming question of what happened during Emma and Zadie's third year in medical school.

The characters are for the most part well developed. If there was one character I'd liked to have seen developed more it is Wyatt, Emma's husband. I never fully understood what drew the two of them together. Maybe it's that part of me that I want to know how they met, what they love about each other. We see that in Emma's relationship with Graham and in Zadie's relationships with both X and her husband, (whose name escapes me right now). Wyatt feels like a filler character.

I'm not going to get too much into the book, I don't want to give anything away, but I have to say that I was a bit upset with the ending. It rang false for me. Zadie didn't come off as being a good person, but as a door mat. Really, there is nothing that would make her think "this is it, I'm done!" There will be some who think she is a wonderful woman, but I'm wondering about how big of a sap she is. I liked her, Zadie is the woman who would be anyone's best friend, that ending though is really pissing me off.

This is Martin's first book, and it's a strong debut. Her talent will develop more and I can see an amazing writing career for her.