Those Three (An Seh) - Amazon.com Exclusive 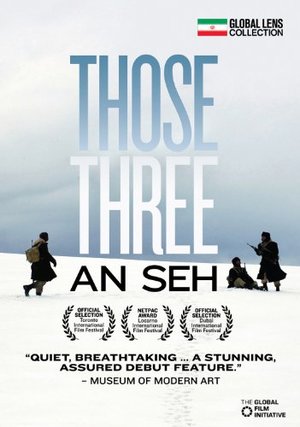 Naghi Nemati
Those Three (An Seh) - Amazon.com ExclusiveJust one day from completing their military training, three conscripts desert their camp and escape into the frozen wilderness of Northern Iran. Travel through this mountainous, snowbound region is dangerous, but "those three" opt for the independence it promises and must now forge their way through an uncertain landscape, with only friendship to see them through.In this austere and mesmerizing debut feature, director Naghi Nemati's attention to the minutiae of human relationships is a quiet and deliberate meditation on the value of responsibility, connection and sacrifice."Minimalist in the best way, Those Three is an involving chamber drama about a trio of disgruntled army conscripts who lose their bearings, both psychological and physical, in a featureless snowscape. Driven as much by its tech side as by its performances and dialogue, this chilling first feature by Iranian shortsmaker Naghi Nemati should receive a warm welcome by discerning fest auds worldwide." –Variety"Naghi Nemati's assured, poetic debut proves that the Iranian talent factory is still up and running. This austerely-shot existential odyssey about three soldiers lost in a snowy wasteland seems tailor-made to illustrate Fellini's claim that 'cinema uses the language of dreams.'" –Screen DailyThose Three is an official selection of the prestigious, award-winning Global Lens Collection presented by the Global Film Initiative. In Farsi and Turkish with English subtitles.