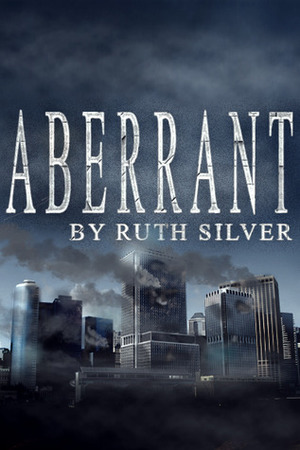 @ruthsic
Reviewed: 2018-01-25
In the future Dystopian society of Cabal, the government instills equality for all and offers its citizens the perfect system. There is food, shelter and jobs for everyone. The one requirement is to follow the rules without question, including the government's match in marriage and "The Day of the Chosen", a lottery that randomly selects families to conceive children as natural means hasn't existed in generations. Following her eighteenth birthday, Olivia Parker accepts her requirement to marry her childhood best friend, Joshua Warren, and is eager to start her work assignment and new life when it all comes abruptly to an end as she's arrested and thrown in prison. The only crime committed, her existence. Olivia is unlike the rest of the world born not from "The Day of the Chosen." The truth haunts the government and puts her life in grave danger as one simple fact would destroy the perfect system.

With Joshua's help, Olivia breaks free of prison and is forced on the run. Together they set out to find the promised rebel town in search of a new home and new life together. Their situation seems less than promising as they reach the town of Haven. New rules and customs must be adhered to in order to stay. Leaving would mean most certain death in the large expanse of the Gravelands. Time is running out as the government mounts an attack to destroy Olivia and bury her secret with her. Thrown into a world unlike their own, they must quickly adapt to survive.

I hate comparing books but this one certainly reminded me of Chosen Ones and Delirium, in terms of world-building. Olivia lives in a city where children are artificially created because the population as a whole is sterile (Chosen Ones) and their partners are chosen by the government (Delirium) which provides for them in exchange for their cooperation. It's not a bad thing, them being similar, and I did love the world-building in this one, but definitely expected more details. All we know is that centuries ago, a Red Plague had decimated the population and in finding the vaccine for it, the side-effects were neglected and it rendered the entire population sterile. I suppose it might be in the next book, and definitely hope for it to be. The writing was good, and engaging.

The plot was the shining star of this book. Olivia and Joshua and on the run from nearly the start of the book. They encounter two more different communities with their own rules and naturally, wary of everyone else. It definitely had a dystopian feel - with the conspiracies, the controlling authorities and the prove-yourself tests. Events in the book progress along a fast pace and along with the world-building, kept me hooked onto it. However, with the fast pace, I feel it did not leave much time for character development, and besides Olivia and Josh's relationship, we hardly see much interaction with other characters. It's true that they are on the run and thus can't really connect with others, the motivations of the secondary characters feels unexplained. The romance between Olivia and Josh is subtle, since they were childhood friends and the relationship is already there, just waiting to be acknowledged. I won't be swooning for Josh anytime soon but he is good as a love interest.

The ending, though, seemed a bit rushed, considering it had to build on the events for the next book. A little more stalling and elaboration towards the ending would have been better, considering the number of pages devoted to their 'training'. All in all, this book was an interesting read and I am really looking forward to read the sequel, Moirai.
Item Posts
No posts
© 2020 libib.com / All rights reserved