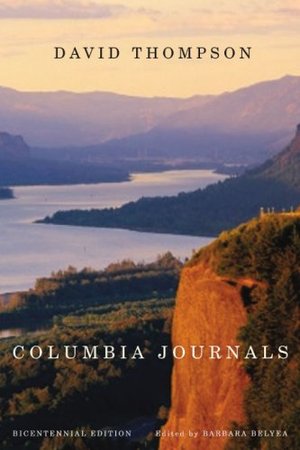 David Thompson
David Thompson (1770-1857) is considered by many to have been the most important surveyor of North America. His achievements -- mapping the Saskatchewan River, the great bend of the Missouri River, the Great Lakes and the headwaters of the Mississippi as well as the Columbia watershed -- are the stuff of legend. Late in life Thompson wrote a retrospective memoir of his explorations, but the best way to understand his years in the fur trade is by reading his journals.In her new Preface to the Bicentennial Edition of Columbia Journals, Barbara Belyea considers the fur-trade context of journals, reports, and memoirs that shaped both Thompson’s perception of contemporary people, places, and events and our own perception of Thompson’s historical importance.In Columbia Journals, the fur trader, explorer, and cartographer records his exploration of the Columbia River basin and his efforts on behalf of the North West Company to establish good trade routes across the Rocky Mountains. The journals provide a detailed picture of the fur business during its period of greatest expansion, offer a glimpse of Native culture at the moment of contact with Europeans, and describe landscapes that have since been transformed by settlement and industry. Thompson’s hand-drawn maps preserve a contemporary image of the country he explored.