Line Becomes a River: Dispatches from the Border, The 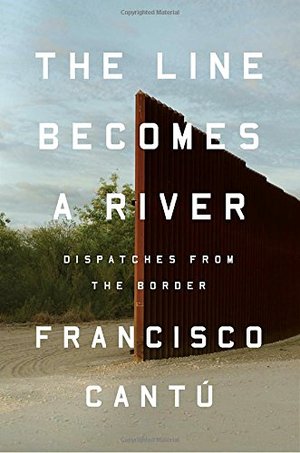 Francisco Cantú
"A beautiful, fiercely honest, and nevertheless deeply empathetic look at those who police the border and the migrants who risk - and lose - their lives crossing it. In a time of often ill-informed or downright deceitful political rhetoric, this book is an invaluable corrective."--Phil KlayFor Francisco Cantú, the border is in the blood: his mother, a park ranger and daughter of a Mexican immigrant, raised him in the scrublands of the Southwest. Haunted by the landscape of his youth, Cantú joins the Border Patrol. He and his partners are posted to remote regions crisscrossed by drug routes and smuggling corridors, where they learn to track other humans under blistering sun and through frigid nights. They haul in the dead and deliver to detention those they find alive. Cantú tries not to think where the stories go from there.Plagued by nightmares, he abandons the Patrol for civilian life. But when an immigrant friend travels to Mexico to visit his dying mother and does not return, Cantú discovers that the border has migrated with him, and now he must know the whole story. Searing and unforgettable, The Line Becomes a River makes urgent and personal the violence our border wreaks on both sides of the line.

This is a timely read. Cantu worked as a border agent after graduating with a degree in international relations. Through his time in the field and then in intelligence and then as a barista (when he returned to college for his master's degree) befriending a handy man who also happens to be a undocumented person.

Cantu goes into what the border towns are like, the way the cartels have taken over various towns and how they control the coyotes as well as the people trying to get across. Some of the information you may know from watching the news, but there is more here than I've heard from the news. It's written in an easy style, even if the information is difficult at times to read.

If you want to understand the Border Patrol and what is happening in Mexico this is a book that is a must read.