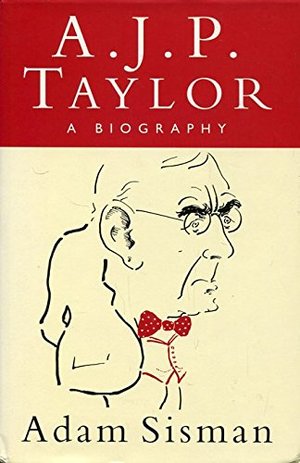 Adam Sisman
Best-selling author, columnist, television personality, virtuoso lecturer, CND orator, champion of the people and Lord Beaverbrook's intimate friend, Alan Taylor - "A.J.P." to millions - was hardly a typical Oxford don. Yet, more than a "troublemaker", he was a top-class historian, our 20th-century Macaulay. A man with enormous energy and a mischievous sense of fun, he was easily hurt, and felt humiliated by his first wife's infidelities, slighted by his academic colleagues and rejected by the Establishment (a term he coined). Sharp-witted and sharp-tongued, he was accused of being provocative, irresponsible, perverse, flippant, vain, even venal. His private life was also disapproved of. Married three times, he oscillated between different households for almost 30 years. Drawing on numerous unpublished letters and documents, as well as interviews with friends, family and colleagues, this biography offers a portrait of an extraordinary man. In Taylor's hands history was a living thing, and one aspect of this book is the interplay between his ideas and the events he witnessed, often at first hand. It traces his intellectual development, from the young hardline Marxist who believed in the inevitability of class war, to the sceptic who infuriated other historians by saying that history teaches us nothing. Most of all, it shows us a man, often lonely and unhappy, but fearless and full of zest, a talented man who nevertheless wrote simply enough to be dubbed "the people's historian".