End of Policing, The 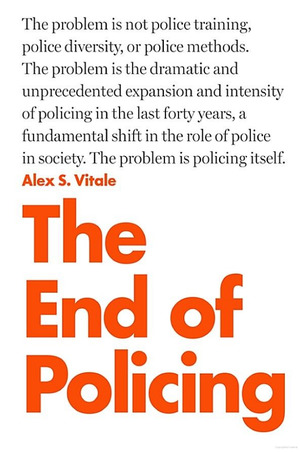 Alex Vitale
How the police endanger us and why we need to find an alternative Recent years have seen an explosion of protest and concern about police brutality and repression—especially after long-held grievances in Ferguson, Missouri, erupted in months of violent protest following the police killing of Brown. Much of the conversation has focused on calls for enhancing police accountability, increasing police diversity, improving police training, and emphasizing community policing. Unfortunately, none of these is likely to produce results, because they fail to get at the core of the problem. The problem is policing itself—the dramatic expansion of the police role over the last forty years. This book attempts to jog public discussion of policing by revealing the tainted origins of modern policing as a tool of social control and demonstrating how the expanded role of the police is inconsistent with community empowerment, social justice—even public safety. Drawing on first-hand research from across the globe, Alex Vitale shows how the implementation of alternatives to policing, like drug legalization, regulation, and harm reduction instead of the policing of drugs, has led to reductions in crime, spending, and injustice. From the Hardcover edition.

Ultimately it's less robust than I was hoping it would be. Essentially, the author presents ideas for solutions to individual problems with policing, without making the connection to a total overhaul/systemic change that would address all of the problems at once. It feels a little whack-a-mole-ish. It also doesn't address the knee-jerk reactions people are likely to have to the title by talking about alternative methods of law enforcement. That being said, it is an excellent overview of why police brutality isn't a new problem or the only problem.