Bridge Too Far, A 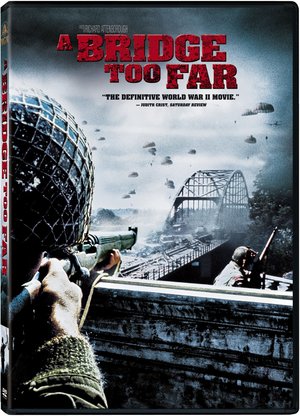 Richard Attenborough
An epic film that "re-creates in stunning detail one of the most disastrous battles of World War II" (The Hollywood Reporter), A Bridge Too Far is a spectacular war picture. Painstakingly recreated on actual battlefield locations and boasting a remarkable cast that includes Sean Connery, Anthony Hopkins, Sir Laurence Olivier and Robert Redford, A Bridge Too Far accurately recaptures the monumental scope, excitement and danger behind one of the biggest military gambles in history. In September 1944, flush with success after the Normandy Invasion, the Allies confidently launched Operation Market Garden, a wild scheme intended to put an early end to the fighting by invading Germany and smashing the Reich's war plants. But a combination of battlefield politics, faulty intelligence, bad luck and even worse weather led to disaster beyond the Allies' darkest fears.