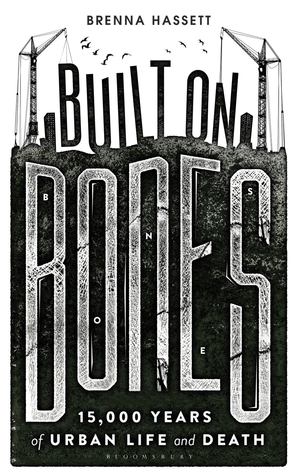 Brenna Hassett
Humans and their immediate ancestors were successful hunter-gatherers for hundreds of thousands of years, but in the last fifteen thousand years humans have gone from finding food to farming it, from seasonal camps to sprawling cities, from a few people to hordes. Drawing on her own fieldwork in the Mediterranean, Africa, Asia, and beyond, archeologist Brenna Hassett explores the long history of urbanization through revolutionary changes written into the bones of the people who lived it. For every major new lifestyle, another way of dying appeared. From the "cradle of civilization" in the ancient Near East to the dawn of agriculture on the American plains, skeletal remains and fossils show evidence of shorter lives, rotten teeth, and growth interrupted. The scarring on human skeletons reveals that getting too close to animals had some terrible consequences, but so did getting too close to too many other people. Each chapter ofBuilt on Bones moves forward in time, discussing in depth humanity's great urban experiment. Hassett explains the diseases, plagues, epidemics, and physical dangers we have unwittingly unleashed upon ourselves throughout the urban past--and, as the world becomes increasingly urbanized, what the future holds for us. In a time when "Paleo" lifestyles are trendy and so many of us feel the pain of the city daily grind, this book asks the critical question: Was it worth it?