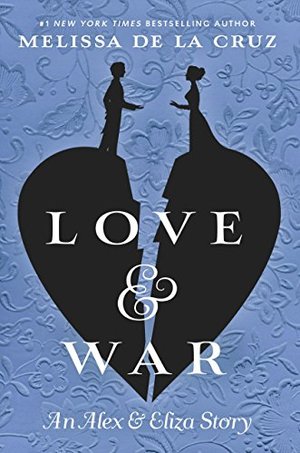 Melissa de la Cruz
The thrilling romance of young Alexander Hamilton and Eliza Schuyler continues in the sizzling sequel to the New York Times bestselling Alex & Eliza: A Love Story1781. Albany, New York.As the war for American independence rages on, Alexander Hamilton and Elizabeth Schuyler begin their new life as a married couple. Still, Alex is as determined as ever to prove his mettle and secure his legacy . . . even if that means leaving his beloved Eliza behind to join the front lines at the Battle of Yorktown. But when the war unexpectedly arrives on Eliza's doorstep, she must fight for a better future--for their fledgling country and for her marriage.Yet even after the Revolution comes to its historic close, Alex and Eliza's happily-ever-after is threatened. Eliza struggles to build a home in the hustle and bustle of New York City just as Alex's burgeoning law practice brings him up against his greatest rival--the ambitious young lawyer Aaron Burr. And with Alex's star on the rise, Eliza can't help but feel neglected by a husband who seems to have time for everyone but her. Torn apart by new trials and temptations, can Alex and Eliza's epic love survive life in the big city?The battles are just beginning in the sumptuous sequel to Melissa de la Cruz's New York Times bestselling Alex & Eliza: A Love Story.

In this second installment of the Alex and Eliza trilogy by Melissa de la Cruz, Eliza Schuyler (now Eliza Hamilton) is in disbelieve and absolutely furious! She assumed that her married life with Alexander Hamilton would be peaceful despite the progression of the American Revolution, but she’s just learned that Alex plans to ask George Washington for a commission so he can command his own troops—and she didn’t hear it from him. Washington grants the request, and Eliza is forced to wait and worry about her husband until the war is over and he is safe at home again. What will happen when Alexander comes home from the war and they move to New York City to start a law practice? Will the law practice be prosperous, or will the British ruin Eliza’s marriage once more? This historical novel is based on fact with a few fictional renditions; however, the author’s note at the end explains what is fact and what is fiction. The plot moves along briskly, and the descriptions give a good glimpse of life in the late 18thcentury. Political issues of the times are described accurately. Overall, Love & War: An Alex & Eliza Story is a fun historical read with action and a hint of romance. Submitted by: Ann Mathews