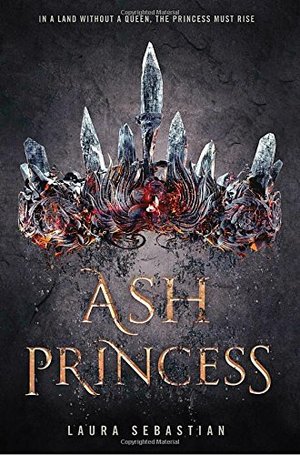 Laura Sebastian
For fans of Victoria Aveyard's Red Queen and Sabaa Tahir's An Ember in the Ashes, Ash Princess is an epic new fantasy about a throne cruelly stolen and a girl who must fight to take it back for her people.Theodosia was six when her country was invaded and her mother, the Fire Queen, was murdered before her eyes. On that day, the Kaiser took Theodosia's family, her land, and her name. Theo was crowned Ash Princess--a title of shame to bear in her new life as a prisoner.For ten years Theo has been a captive in her own palace. She's endured the relentless abuse and ridicule of the Kaiser and his court. She is powerless, surviving in her new world only by burying the girl she was deep inside.Then, one night, the Kaiser forces her to do the unthinkable. With blood on her hands and all hope of reclaiming her throne lost, she realizes that surviving is no longer enough. But she does have a weapon: her mind is sharper than any sword. And power isn't always won on the battlefield.For ten years, the Ash Princess has seen her land pillaged and her people enslaved. That all ends here.

Theodosia is the princess of Astrea. That is, she was, until the Kalovaxians came in, killed her mother, and took over the island when she was six. Now she is the “Ash Princess.” Theo tells her story as she goes from someone used strategically for the Kalovaxian causes to creating rebellions and strategies for her people, the Astreans. Though her name, title and dignity have been stripped from her, she still rises. This is an enticing, fast paced tale that explores power dynamics, what is the right choice and seeing the good and bad in people. How do you decide if someone is good or bad when you can see both sides of them?