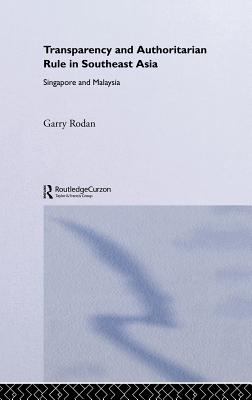 Garry Rodan
In Transparency and Authoritarian Rule in Southeast Asia, Rodan rejects the notion that the 1997-98 Asian economic crisis was further evidence that ultimately capitalism can only develop within liberal social and political institutions, and that new technology necessarily undermines authoritarian control. Instead, Rodan argues that in Singapore and Malaysia external pressures for transparency reform were, and are, in many respects, being met without serious compromise to authoritarian rule or the sanctioning of media freedom.