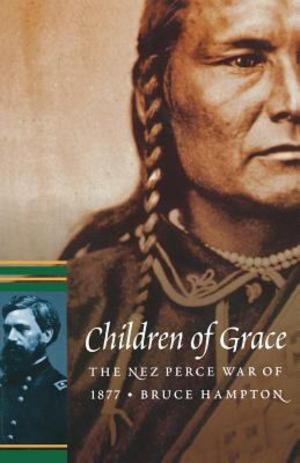 Bruce Hampton
Although the Nez Perce (Nee-Me-Poo) Indians gave instrumental help to Lewis and Clark on their famous expedition, they were rewarded by decades of invasive treaties and encroachment upon their homeland. In June 1877, the Nez Perce struck back and were soon swept into one of the most devastating Indian wars in American history. The conflict culminated in an epic twelve-hundred-mile chase as the U.S. Army pursued some eight hundred Nez Perce men, women, and children, who tried to fight their way to freedom in Canada. In this enthralling account of the Nez Perce War, Bruce Hampton brings to life unforgettable characters from both sides of the conflict--warriors and women, common soldiers and celebrated generals. Looking Glass, White Bird, the legendary Chief Joseph, and fewer than three hundred warriors waged a bloody guerilla war against a modernized American army commanded by such famous generals as William Tecumseh Sherman, Nelson Miles, Oliver Otis Howard, and Philip Sheridan. Hampton also gives voice to the Native Americans from other tribes who helped the U.S. Army block the escape of the Nez Perce to Canada.