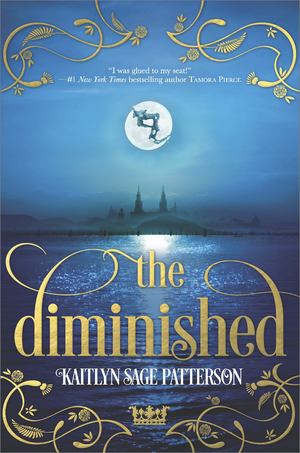 Kaitlyn Sage Patterson
"Two fierce young people battle a fiery landscape and vicious foes in a race for freedom. I was glued to my seat!" --#1 New York Times bestselling author Tamora Pierce In the Alskad Empire, nearly all are born with a twin, two halves to form one whole...yet some face the world alone. The singleborn A rare few are singleborn in each generation, and therefore given the right to rule by the gods and goddesses. Bo Trousillion is one of these few, born into the royal line and destined to rule. Though he has been chosen to succeed his great-aunt, Queen Runa, as the leader of the Alskad Empire, Bo has never felt equal to the grand future before him. The diminished When one twin dies, the other usually follows, unable to face the world without their other half. Those who survive are considered diminished, doomed to succumb to the violent grief that inevitably destroys everyone whose twin has died. Such is the fate of Vi Abernathy, whose twin sister died in infancy. Raised by the anchorites of the temple after her family cast her off, Vi has spent her whole life scheming for a way to escape and live out what's left of her life in peace. As their sixteenth birthdays approach, Bo and Vi face very different futures--one a life of luxury as the heir to the throne, the other years of backbreaking work as a temple servant. But a long-held secret and the fate of the empire are destined to bring them together in a way they never could have imagined. "With a splash of swoony romance and a thrilling conclusion, readers will be clamoring for the sequel." --Zoraida Córdova, award-winning author of Labyrinth Lost and The Vicious Deep trilogy "Bo and Vi are fierce, complex characters, and I couldn't devour their story fast enough!" --Amy Tintera, New York Times bestselling author of Ruined "This daring novel challenges the status quo beautifully." --Natalie C. Parker, author of Beware the Wild