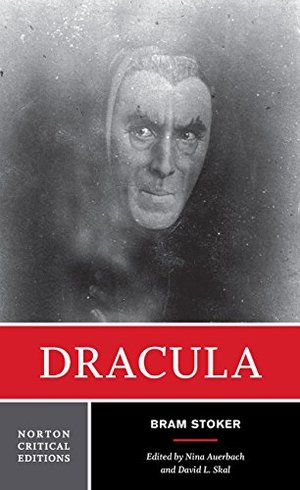 Bram Stoker
This Norton Critical Edition presents fully annotated the text of the 1897 First Edition.A rich selection of background and source materials is provided in three areas: Contexts includes probable inspirations for Dracula in the earlier works of James Malcolm Rymer and Emily Gerard. Also included are a discussion of Stoker's working notes for the novel and "Dracula's Guest," the original opening chapter to Dracula. Reviews and Reactions reprints five early reviews of the novel. "Dramatic and Film Variations" focuses on theater and film adaptations of Dracula, two indications of the novel's unwavering appeal. David J. Skal, Gregory A. Waller, and Nina Auerbach offer their varied perspectives. Checklists of both dramatic and film adaptations are included. Criticism collects seven theoretical interpretations of Dracula by Phyllis A. Roth, Carol A. Senf, Franco Moretti, Christopher Craft, Bram Dijsktra, Stephen D. Arata, and Talia Schaffer. A Chronology and a Selected Bibliography are included.

@valerieloveland
Reviewed: 2021-08-19
This book was so much fun to read! It was full of drama, atmosphere, and horror. I am really glad I had a reason to read this (sci fi/horror class). I loved the tone and the mood set by the novel, where everyone makes a big deal about everything and is constantly noting the color in ladies' cheeks, whether she was looking pale or in good health.

My favorite thing of all is when Van Helsing tried to convince/alert people that vampires exist and kill people, and everyone is so shocked and refuse to believe it at first. It is a hilarious, and melodramatic.

This took awhile to read, but I enjoyed myself the whole time and didn't want to rush.
@booklover85
Reviewed: 2021-05-16
If I say that it is in my top five favourite books of all time, is it enough said? Everyone should read it, and not because it became popular....
@courtlyn
Reviewed: 2016-07-26
Way more religious/anti-women than I expected, but it was interesting reading the book that spawned something that is still a huge part of our popular culture. Would recommend to horror enthusiasts.
@rosemaryknits
Reviewed: 2015-10-31
I listened to the Craft Lit production - I liked it so much more than when I read it - Heather Ordover really brings so much to the story with her explanations of the era in which Dracula was written, and on the various nuances of behavior which was lost on me the first time around. For instance, it completly blew right by me when Van Helsing mis-used the term "bloody," over and over again. The first time I read that episode, it made no sense at all. Once she explained it, then it was quite interesting and humorous.

It's a wonderful tale, and it's even better enjoyed when you know the inside-scoop.

By now everyone knows the story of Count Dracula, but I bet that few have actually read the novel. It's one of those classics that you should read at least once. The narrative structure --in the form of journal entries, letters and press cuttings-- may seem strange at first, but it adequately transmits the anguish of its protagonists against a source of such evil. My one complaint is that you can tell Stoker was no journalist, as the press clippings did not have that structure (and, as a journalist, it took me a bit out of the story), but since they helped move the story forward, it wasn't a big problem.
Item Posts
@wolfstar232y 2mo
completed ... on 2019-11-15
@wolfstar232y 3mo
began ... on 2019-10-24
© 2022 libib.com / All rights reserved