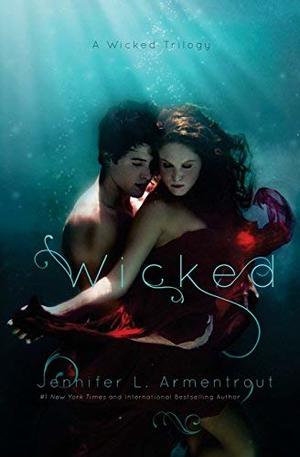 Jennifer L. Armentrout
Things are about to get Wicked in New Orleans.     Twenty-two year old Ivy Morgan isn’t your average college student. She, and others like her, know humans aren’t the only thing trolling the French Quarter for fun… and for food. Her duty to the Order is her life. After all, four years ago, she lost everything at the hands of the creatures she’d sworn to hunt, tearing her world and her heart apart.     Ren Owens is the last person Ivy expected to enter her rigidly controlled life. He’s six feet and three inches of temptation and swoon-inducing charm. With forest-green eyes and a smile that’s surely left a stream of broken hearts in its wake, he has an uncanny, almost unnatural ability to make her yearn for everything he has to offer. But letting him in is as dangerous as hunting the cold-blooded killers stalking the streets. Losing the boy she loved once before had nearly destroyed her, but the sparking tension that grows between them becomes impossible for Ivy to deny. Deep down, she wants… she needs more than what her duty demands of her, what her past has shaped for her.     But as Ivy grows closer to Ren, she realizes she’s not the only one carrying secrets that could shatter the frail bond between them. There’s something he’s not telling her, and one thing is for certain. She’s no longer sure what is more dangerous to her—the ancient beings threatening to take over the town or the man demanding to lay claim to her heart and her soul.

@thevelocireader
Reviewed: 2021-01-05
Loved it. Similar to JLA’s other books, but had echoes of Shadowhunters and The Modern Faerie Tales. Definitely a new adult spin on fae urban fantasy, which I enjoyed. Transported me to NOLA, one of my favorite cities.
@rottgrl88
Reviewed: 2020-10-08

This was a very good read. I went into this book with barely any expectations and this book blew what little expectations I had out of the window. I am not one of those people that really read books about "fae" creatures. However, this author was able to create a story line that I feel was believable and worked really well. Also, the romance in this book was not what I expected for steamy and I am not complaining.

The writing was great. I did find a few typos/grammar mistakes but no one is perfect. I was able to get past them. I have already seen that the third and final book in the trilogy has a release date for 12/2017 and a cover reveal. I will say that after viewing the cover I am not a fan. It doesn't follow the same theme as the first two and it is really throwing me off. Regardless, Wicked has intrigued me and I am looking forward to seeing where this story goes. I would recommend this book. But I would recommend it to audiences 18+ due to language and sexual content.