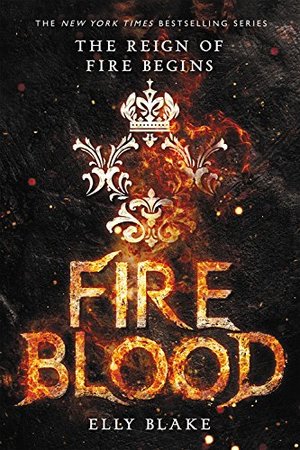 Elly Blake
In this riveting sequel to the New York Times bestselling Frostblood, Ruby must choose between a fiery homeland that embraces who she is and the icy king who loves her. Now available in paperback!Against all odds, Ruby has defeated the tyrannical Frost King and melted his powerful throne. But the bloodthirsty Minax that was trapped inside is now terrorizing her kingdom and everyone she loves. The answers to its demise may lie to the south in Sudesia, the land of the Firebloods, and a country that holds the secrets to Ruby's past....Risking the fury of her beloved Arcus, Ruby accompanies a roguish Fireblood named Kai to Sudesia, where she must master her control of fire in a series of trials to gain the trust of the suspicious Fire Queen. Only then can she access knowledge that could defeat the rampaging Minax--which grows closer every moment. But as sparks fly in her moments alone with Kai, Ruby no longer knows whom to trust. The fates of two kingdoms are now in her hands.