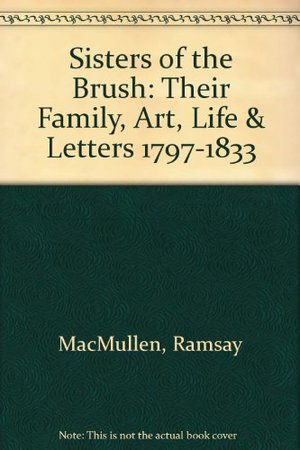 Ramsay MacMullen
The story in this book begins with the first letter in the year Eliza Champlain was born, 1797, in New London. It unfolds through her own, her mother's, and her aunt's correspondence - hundreds of letters now first published with explanatory chapters, commentary, and notes around them. Her aunt, at first in their home town and then (from 1811) for eight years in New York, was the first professional artist of her sex in the United States - Mary Way, a painter of miniature portraits. Eliza's mother, remaining at home, also earned her living by her brush. The two older women taught all they knew to Eliza, sometimes looking over her shoulder, sometimes in their letters. To show how artists went about their work in the period, nothing matches this collection.Paintings by all three can be found in various private collections and galleries, including the Metropolitan Museum in New York. The book through its color plates introduces an equal number of paintings hitherto unknown which were preserved with the letters.The core of the book, however, is the world of women - their circles and relationships, their concerns, and the opportunities open to them in the early Republic.