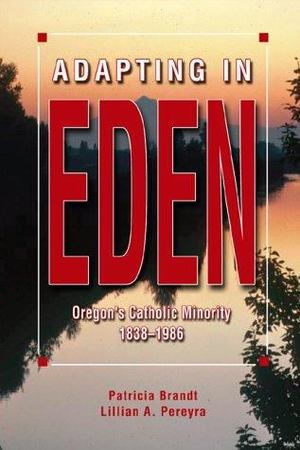 Patricia Brandt, Lillian A. Pereyra
In the mid-nineteenth century, Catholic priests played key roles in Indian affairs, colonization, and regional development in the Oregon Country. During and since that time, Catholics in Oregon have faced sometimes unique opportunities, pressures, and challenges in their expression of faith. Adapting in Eden extensively chronicles the progress, changes, and adaptations made by Oregon's Catholic population up through the late 20th century.