Being Cowlitz: How One Tribe Renewed and Sustained Its Identity 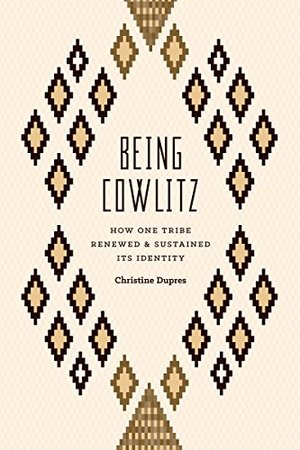 Christine Dupres
Without a recognized reservation or homeland, what keeps an Indian tribe together? How can members of the tribe understand their heritage and pass it on to younger generations? For Christine Dupres, a member of the Cowlitz tribe of southwestern Washington State, these questions were personal as well as academic. In Being Cowlitz: How One Tribe Renewed and Sustained Its Identity, what began as the author's search for her own history opened a window into the practices and narratives that sustained her tribe's identity even as its people were scattered over several states. Dupres argues that the best way to understand a tribe is through its stories. From myths and spiritual traditions defining the people's relationship to the land to the more recent history of cultural survival and engagement with the U.S. government, Dupres shows how stories are central to the ongoing process of forming a Cowlitz identity. Through interviews and profiles of political leaders, Dupres reveals the narrative and rhetorical strategies that protect and preserve the memory and culture of the tribe. In the process, she creates a blueprint for cultural preservation that current and future Cowlitz tribal leaders―as well as other indigenous activists―can use to keep tribal memories alive.