Children of the Fur Trade 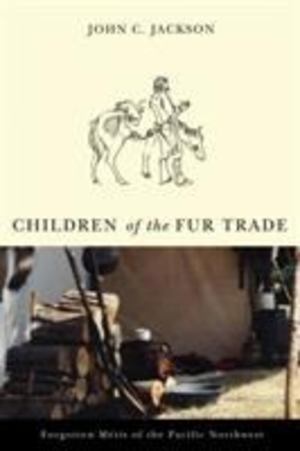 John C. Jackson
During the first half of the 19th century, a unique subculture built around hunting and mobility existed quietly in the Pacific Northwest. Descendants of European or Canadian fathers and Native American mothers, these mixed-blood settlers--called M©tis--were pivotal to the development of the Oregon Country, but have been generally neglected in its written history. Today we know them by the names they left on the land and the waters: The Dalles, Deschutes, Grand Ronde, Portneuf, Payette; and on the peoples who lived there: Pend Oreille, Coeur d'Alene, Nez Perce. John C. Jackson's Children of the Fur Trade recovers a vital part of Northwest history and gives readers a vivid and memorable portrait of M©tis life at the western edge of North America. This informal account shows the M©tis as explorers and mapmakers, as fur trappers and traders, and as boatmen and travelers in a vanishing landscape. Because of their mixed race, they were forced into the margin between cultures in collision. Often disparaged as half-breeds, they became links between the dispossessed native peoples and the new order of pioneer settlement. Meet the independently minded Jacco Finlay, the beautiful Helene McDonald, fearsome Tom McKay and the bear-fighting Iroquois Ignace Hatchiorauquasha, whose M©tisse wife, Madame Gray, charmed lonely fur traders. Here is the rawhide knot of the mountain men who brought their Indian wives to suffer the censure of missionaries while building a community where their mixed-blood children were no longer welcome. A riveting glimpse into a unique heritage, illustrated with historic maps, drawings, and photographs, this book will interest and inform both the scholar and the general reader.