Filipinos in the Willamette Valley 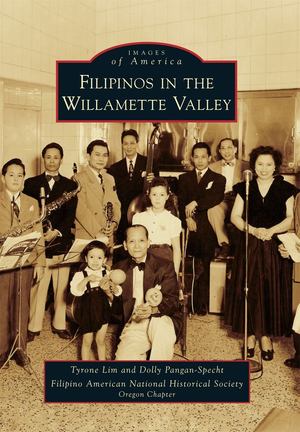 Tyrone Lim, Dolly Pangan-Specht, Filipino American National Historical Society
Tucked among the great pioneer destinations on the Oregon Trail is the fertile agricultural area of the Willamette Valley. Today the valley forms the cultural and political heart of Oregon and is home to three-quarters of the state's population. The beginning of the 20th century saw the entrance of Filipinos into the valley, arriving from vegetable farms in California and Washington, fish canneries in Alaska, and from the pineapple and sugar plantations in Hawaii. At the same time, the U.S. territorial government in the Philippines started sponsoring Filipino students, beginning in 1903, to study in the United States. Oregon's two biggest centers of education, today's University of Oregon in Eugene and Oregon State University in Corvallis, became home to Filipinos from the emerging independent Philippine nation. They were mostly male, the children of wealthy Filipinos who had connections. Most of them returned to the Philippines upon graduation; some stayed and created a new life in America.