History of Northwest Portland, A 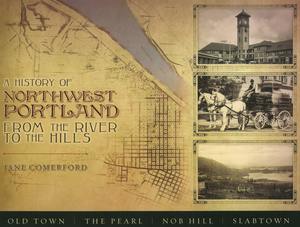 Jane Comerford
This book provides the reader with an overview of the development of the NW section of Portland, Oregon. It begins with the Donation Land Claims of the 1840s, when settlers and early entrepreneurs gambled that Portland would become a major shipping port, and when Captain Couch's claim ·and platted addition became the genesis of NW Portland, then known as the North End. It follows the industrial buildup along the waterfront on the north end, filled with wharves, steam sawmills, lumber companies and foundries, and the creation of the immigrant area known as Slabtown. It watches as residential neighborhoods move further back from the river to make room for increasing commerce and industry along the waterfront, leaving behind an area of boarding houses and hotels, filled with ethnic minorities, sailors and transients that would become Old Town. It sees those same residential neigh­borhoods move still further west toward the hills, making room for rail lines, warehouses, and light manufacturing, an area which will later be transformed into the Pearl District. It follows the movement of roads and trolleys as they open up new neighborhoods in the foothills and even the hills themselves, as Willamette Heights and Westover Terraces are born. It tracks the environs of the "merchant prince" mansions and estates on the outskirts of town, as they grow into Nob Hill, the most densely populated part of the city. It observes the evolution of each of these neighborhoods through the passage of time, as they react to specific events, respond to commercial demands, and adapt to the pressures of modernization. It records this NW quadrant of Portland as it moves through its first century and one-half, transforming itself into the vibrant, diverse, unique, and exciting place that it is today.