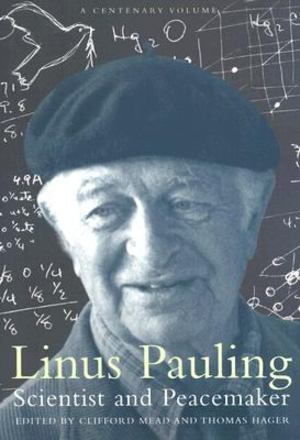 Clifford Mead (Editor), Thomas Hager (Editor)
One of the most brilliant scientists and most controversial individuals of the twentieth century, Linus Pauling was the only person to win two unshared Nobel Prizes. This unique volume, first published to mark the centenary of Pauling's birth, gathers his words and those of his contemporaries and students, together with photographs, drawings, and reproductions from the Pauling Papers. Pauling (1901-1994) was known for being outspoken and for leaping over scientific boundariesfrom physics to chemistry to biology to medical research. This collection draws a vivid portrait of a remarkable man'scientist, humanist, and activist?highlighting his larger-than-life personality and his singular achievements. As both scientist and citizen, Pauling was passionate and deeply thoughtful. He wrote The Nature of the Chemical Bond, one of the most cited sources in scientific history, and won the Nobel Prize in Chemistry in 1954. He risked his reputation during the McCarthy years as a vocal opponent of Cold War policies and nuclear proliferation. As a result, he was vilified by the press, investigated by the FBI, and awarded the 1962 Nobel Peace Prize.In the 1970s, Pauling again gained international recognition, this time for his advocacy of megadoses of vitamin C as a cure for cancer and cold prevention.