Against Marriage: An Egalitarian Defense of the Marriage-Free State (Oxford Political Theory) 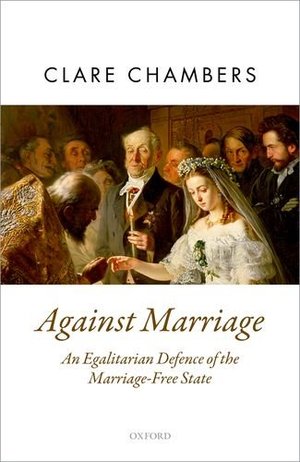 Clare Chambers
Against Marriage is a radical argument for the abolition of state-recognised marriage. Clare Chambers argues that state-recognised marriage violates both equality and liberty, even when expanded to include same-sex couples. Instead Chambers proposes the marriage-free state: an egalitarian state in which religious or secular marriages are permitted but have no legal status.Part I makes the case against marriage. Chambers investigates the critique of marriage that has developed within feminist and liberal theory. Feminists have long argued that marriage is a violation of equality since it is both sexist and heterosexist. Chambers endorses the feminist view and argues, in contrast to recent egalitarian pro-marriage movements, that same-sex marriage is not enough to make marriage equal. Chambers argues that state-recognised marriage is also problematic for liberalism, particularly political liberalism, since it imposes a controversial, hierarchical conception of the family that excludes many adults and children.Part II sets out the case for the marriage-free state. Chambers critically assesses recent theories that attempt to make marriage egalitarian, either by replacing it with relationship contracts or by replacing it with alternative statuses such as civil union. She then sets out a new model for the legal regulation of personal relationships. In the marriage-free state regulation is based on relationship practices not relationship status, and these practices are regulated separately rather than as a bundle. The marriage-free state thus employs piecemeal, practice-based regulation. Finally, Chambers considers how the marriage-free state should respond to unequal religious marriage. The result is an inspiring egalitarian approach that fits the diversity of real relationships.