In The Can Movie in ASL : Actor Nyle DiMarco 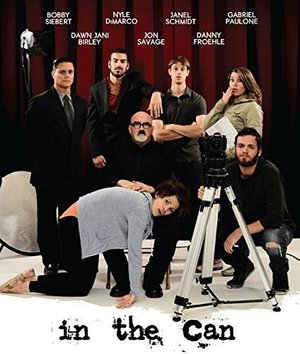 Nicky, an aspiring young director, has the dream of every filmmaker: that one day he'd make it big in Hollywood. His dream suddenly comes true in the form of a mysterious stranger, Lou Lumire, who is a self-proclaimed Hollywood producer. Lumire has the ultimate once-in-a-lifetime offer for Nicky: to direct his very first feature film production! After the ink dries on the contract, Nicky realizes there's one catch: in order for him to finally live out his dream, he has to arrange everything by himself: hiring the actors and crew, renting the filmmaking equipment, and writing a screenplay within a matter of several days which is a proposition very daunting even for a seasoned filmmaker. Running against time to pull off his own movie, Nicky's sanity teeters on the edge until he finds out a surprising revelation about Lou Lumire. He discovers that Lumire is not who he said he is. Also, a tragic situation with one of the actors ultimately blows up in Nicky's face. Trapped by his bad luck and ill-fated decisions, Nicky struggles to find a way out of the serious chaos that he got himself into. American Sign Language, English Subtitle, No audio. Directed by Mark Wood Actor: Nyle DiMarco Rated PG-13 Run Time: 102 Minutes