Anomaly (The Anomaly Files #1), The 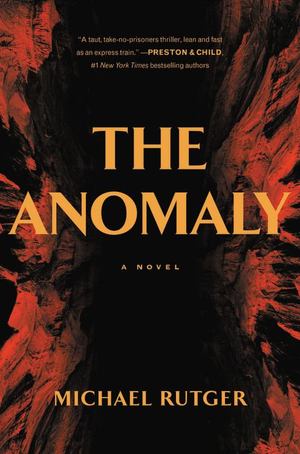 Michael Rutger
Not all secrets are meant to be found. If Indiana Jones lived in the X-Files era, he might bear at least a passing resemblance to Nolan Moore -- a rogue archaeologist hosting a documentary series derisively dismissed by the "real" experts, but beloved of conspiracy theorists. Nolan sets out to retrace the steps of an explorer from 1909 who claimed to have discovered a mysterious cavern high up in the ancient rock of the Grand Canyon. And, for once, he may have actually found what he seeks. Then the trip takes a nasty turn, and the cave begins turning against them in mysterious ways. Nolan's story becomes one of survival against seemingly impossible odds. The only way out is to answer a series of intriguing questions: What is this strange cave? How has it remained hidden for so long? And what secret does it conceal that made its last visitors attempt to seal it forever?

The Anomaly was an intriguing read that was hard for me to put down. It had me guessing as to what the cave was and what was going to happen next until the very end of the book. The characters were enjoyable (especially Nolan) and I loved how the author described the landscape or the weird objects in the cave. I highly recommend this book.