Authoring Autism: On Rhetoric and Neurological Queerness (Thought in the Act) 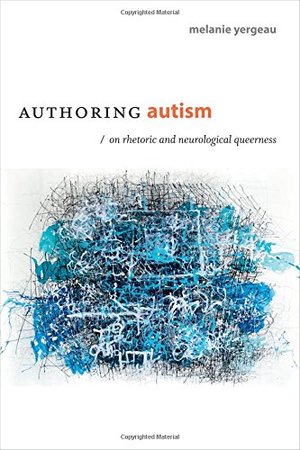 Melanie Yergeau
In Authoring Autism Melanie Yergeau defines neurodivergence as an identity—neuroqueerness—rather than an impairment. Using a queer theory framework, Yergeau notes the stereotypes that deny autistic people their humanity and the chance to define themselves while also challenging cognitive studies scholarship and its reification of the neurological passivity of autistics. She also critiques early intensive behavioral interventions—which have much in common with gay conversion therapy—and questions the ableist privileging of intentionality and diplomacy in rhetorical traditions. Using storying as her method, she presents an alternative view of autistic rhetoricity by foregrounding the cunning rhetorical abilities of autistics and by framing autism as a narrative condition wherein autistics are the best-equipped people to define their experience. Contending that autism represents a queer way of being that simultaneously embraces and rejects the rhetorical, Yergeau shows how autistic people queer the lines of rhetoric, humanity, and agency. In so doing, she demonstrates how an autistic rhetoric requires the reconceptualization of rhetoric’s very essence.