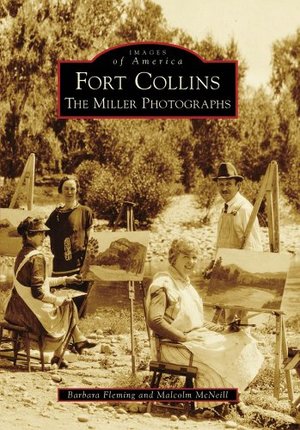 Barbara Fleming, Malcolm McNeill
Photographer Mark Miller opened his studio in Fort Collins, Colorado, in 1914. The town he chose to live and work in sits in a river valley in northern Colorado, nestled between the Rocky Mountain foothills and the semiarid high plains, with Denver to the south and Cheyenne, Wyoming, to the north. Established as a Civil War–era army post, the town was a Wild West frontier outpost until it was tamed in the 1870s by the arrival of a land-grant college and the railroad. By the turn of the century, Fort Collins had become a quietly respectable college town with a thriving economy and steadily increasing population. Over almost six decades, as the small town evolved into a city, Miller photographed people, businesses, and landscapes. Fort Collins: The Miller Photographs offers a representative sampling of the over 70,000 Miller images, a collection housed at the Fort Collins Museum’s Local History Archive.