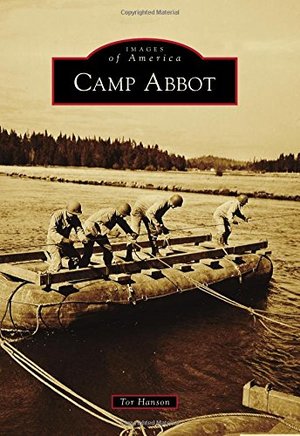 Hanson, Tor
Today, Sunriver is an idyllic community in Central Oregon, but during World War II, it was the site of Camp Abbot, the westernmost engineer replacement training center of the US Army Corps of Engineers. Under the leadership of Col. Frank Besson, the US Army trained 90,000 men at the camp from 1943 through 1944. Mimicking the European landscape, the surrounding terrain and the swift-flowing Deschutes River were deemed perfect for training young soldiers how to build and demolish bridges. Located about 15 miles south of Bend, the quickly built installation included administration buildings, a hospital, over 50 barracks, mess halls, training grounds, recreation facilities, and a chapel. There, among pine trees and sagebrush, soldiers endured subfreezing winters and 100-degree summers.