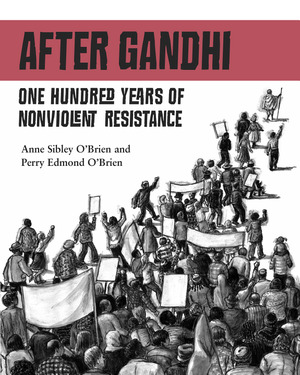 Anne Sibley O'Brien
Over the last century brave people across the world have taken a stand against violence and oppression. Against all odds their actions have toppled governments, challenged unjust laws, and rebuilt societies. This is the power of nonviolent resistance, the legacy of Mahatma Gandhi. From individuals like Muhammad Ali, whose refusal to be drafted helped galvanize American resistance to the Vietnam War, to movements such as Argentina's Mothers of the Disappeared, whose courageous vigils for their missing children contributed to the fall of the military government responsible for the kidnappings, After Gandhi profiles some of the major figures of nonviolent resistance from around the world.