How to Love a Jamaican: Stories 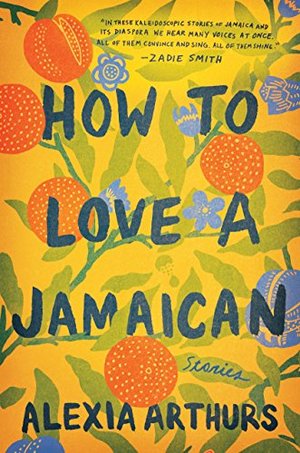 Alexia Arthurs
“In these kaleidoscopic stories of Jamaica and its diaspora we hear many voices at once: some cultivated, some simple, some wickedly funny, some deeply melancholic. All of them shine.”—Zadie Smith Named one of Entertainment Weekly’s “Hot Summer Reads of 2018” and BuzzFeed’s “Summer Books to Get Excited About” Tenderness and cruelty, loyalty and betrayal, ambition and regret—Alexia Arthurs navigates these tensions to extraordinary effect in her debut collection about Jamaican immigrants and their families back home. Sweeping from close-knit island communities to the streets of New York City and midwestern university towns, these eleven stories form a portrait of a nation, a people, and a way of life. In “Light-Skinned Girls and Kelly Rowlands,” an NYU student befriends a fellow Jamaican whose privileged West Coast upbringing has blinded her to the hard realities of race. In “Mash Up Love,” a twin’s chance sighting of his estranged brother—the prodigal son of the family—stirs up unresolved feelings of resentment. In “Bad Behavior,” a couple leave their wild teenage daughter with her grandmother in Jamaica, hoping the old ways will straighten her out. In “Mermaid River,” a Jamaican teenage boy is reunited with his mother in New York after eight years apart. In “The Ghost of Jia Yi,” a recently murdered student haunts a despairing Jamaican athlete recruited to an Iowa college. And in “Shirley from a Small Place,” a world-famous pop star retreats to her mother’s big new house in Jamaica, which still holds the power to restore something vital.Alexia Arthurs emerges in this vibrant, lyrical, intimate collection as one of fiction’s most dynamic and essential authors.Advance praise for How to Love a Jamaican “Arthurs’s debut collection of short stories is an impressive, fully realized work that grapples with Jamaican womanhood. . . . Arthurs offers a compassionate response with these tender portraits of hard women, lost girls, and the people who love them.”—The Village Voice“In vibrant, evocative prose, Arthurs brings these characters, and their varied experiences of a shared home, to life.”—BuzzFeed “Alexia Arthurs is a writer of beauty, wit, and precision; these stories will grab you by the heart. This is a boss collection.”—NoViolet Bulawayo, author of We Need New Names

What a phenomenal book! This is a strong book from a debut author. If you want to read a book by a new author that expand your worldview this must be on your TBR pile this year.