Violence Against Lesbian, Gay, Bisexual, Trans and Intersex Persons in the Americas 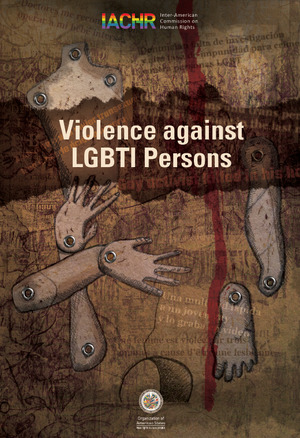 Inter-American Commission on Human Rights
This Report focuses particularly on the acts of physical violence committed against persons with non-normative sexual orientations, identities and gender expressions, or whose bodies vary from the standard for female and male bodies in the Americas. In relation to the acts of violence against lesbian, gay, bisexual and trans (LGBT)1 persons, the IACHR highlights that these acts often show high levels of cruelty. For example, in several cases documented by the IACHR, the lifeless bodies of LGBT persons show signs of torture, mutilation of their genitalia; and their bodies have been quartered and marked with signs that indicate high levels of prejudice. In this Report, the Commission focuses on violence against LGBT persons as a contextualized social violence in which the perpetrators’ motivation needs to be understood as complex and multi-faceted, and not only as a individual-based act. In this regard, the IACHR understands that acts of violence against LGBT persons, commonly referred to as “hate crimes,” homophobic or transphobic acts, are best understood under the concept of violence based on prejudice against nonnormative sexual orientations and gender identities (hereinafter “violence based on prejudice”). Violence based on prejudice is a social phenomenon, addressed toward specific social groups, such as LGBT persons, it has a symbolic impact and sends a message of terror to the LGBT community in general. Similarly, the IACHR considers violence against intersex persons as being violence based on prejudice against bodily diversity, and more specifically against persons whose bodies differ from the socially accepted standard for female and male bodies.