Nefertiti in the Flak Tower: Poems 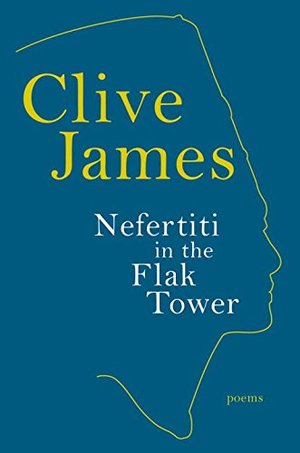 Clive James
“Clive James is more or less the only living poet who manages to be both entertaining and moving.”―Edward Mendelson Clive James’s renown as an internationally celebrated poet continues to expand, and there is no stronger evidence for this than Nefertiti in the Flak Tower, a collection “steeped in the lessons of Philip Larkin and W.B. Yeats” (London Times). Here, his polymathic learning and technical virtuosity are worn more lightly than ever; the effect is to produce a deep sense of trust into which the reader gratefully sinks, knowing they are in the presence of a master. The most obvious token of that mastery is the book’s breathtaking range of theme: there are moving elegies, a meditation on the later Yeats, a Hollywood Iliad, and odes to rare orchids, wartime typewriters, and sharks―as well as a poem on the fate of Queen Nefertiti in Nazi Germany. Despite the dizzying variety, James’s poetic intention becomes increasingly clear: what marks this new collection is his intensified concentration on the individual poem as a self-contained universe. Poetry is a practice he compares (in “Numismatics”) to striking new coin, and Nefertiti in the Flak Tower is a treasure chest of one-off marvels, with each poem a twin-sided, perfect human balance of the unashamedly joyous and the deadly serious, “whose play of light pays tribute to the dark.”

I never feel comfortable talking about poetry, even though I have an English degree. What I can say is I loved this book.