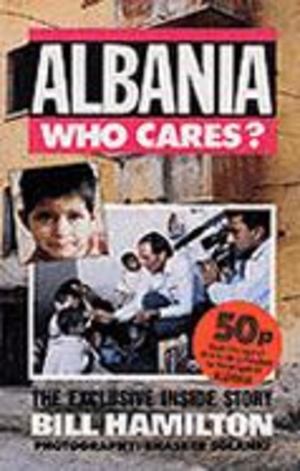 Bill Hamilton, Bhasker Solanki
From the end of WWII the people of Albania lived in forced isolation, subjected to the cruelties of the most severe totalitarian regime in Europe. Until his death in 1985, the country's Stalinist dictator, Enver Hoxha, ruled through terror and the politics of permanent purge. Thousands of enemies, real and imaginary, were eliminated, all forms of religion outlawed, links with Yugoslavia, the Soviet Union and China were severed and nearly a million military pillboxes built to protect his tiny state from invasion. The truth is that the world was totally indifferent to Hoxha's Albania. Now, the doors have finally opened, the scale of the repression in all too evident. Tens of thousands are on the edge of starvation. Hospitals are deprived even of aspirin. Families are emerging homeless and penniless from prison and labor camps. ALBANIA, WHO CARES? is the story of their faith and courage in the face of relentless persecution and torture. It tells, too, of the sacrifice of the people of Britain who have responded with five million pounds worth of aid and professional help aimed at easing the pain in Europe's poorest country.