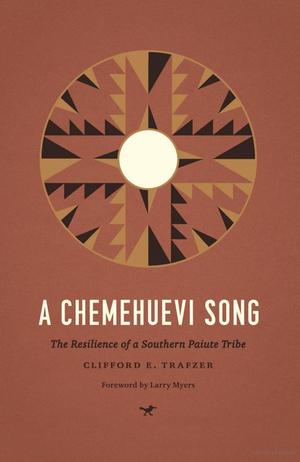 Clifford E. Trafzer
The Chemehuevi of the Twenty-Nine Palms tribe of Southern California stands as a testament to the power of perseverance. This small, nomadic band of Southern Paiute Indians has been repeatedly marginalized by European settlers, other Native groups, and, until now, historical narratives that have all too often overlooked them. Having survived much of the past two centuries without rights to their homeland or any self-governing abilities, the Chemehuevi were a mostly �forgotten� people until the creation of the Twenty-Nine Palms Reservation in 1974. Since then, they have formed a tribal government that addresses many of the same challenges faced by other tribes, including preserving cultural identity and managing a thriving gaming industry. A dedicated historian who worked closely with the Chemehuevi for more than a decade, Clifford Trafzer shows how this once-splintered tribe persevered using sacred songs and other cultural practices to maintain tribal identity during the long period when it lacked both a homeland and autonomy. The Chemehuevi believe that their history and their ancestors are always present, and Trafzer honors that belief through his emphasis on individual and family stories. In doing so, he not only sheds light on an overlooked tribe but also presents an important new model for tribal history scholarship. A Chemehuevi Song strikes the difficult balance of placing a community-driven research agenda within the latest currents of indigenous studies scholarship. Chemehuevi voices, both past and present, are used to narrate the story of the tribe�s tireless efforts to gain recognition and autonomy. The end result is a song of resilience.