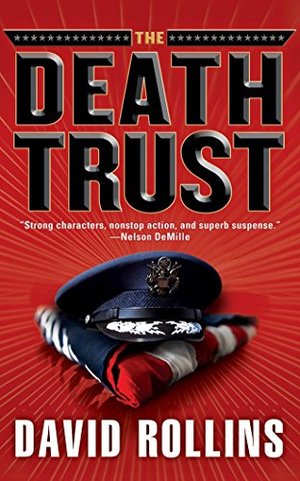 David Rollins
Amid the dust, death, and chaos of Iraq, an American soldier on a routine patrol is killed by an unseen enemy. It’s a tragedy but not a crime—until it’s linked to the bizarre death of a decorated four-star general who happens to be the dead man’s father…and the son-in-law of history’s most feared and powerful U.S. vice president.Major Vin Cooper of Air Force Special Investigations is the kind of loose cannon no commanding officer can completely control…or survive without. Cooper’s a man whose capacity to absorb grief is matched only by his ability to dish it out. And this case—which will be either his most important or his last—has plenty of both.Scarred by battle and a recent divorce, Cooper answers to no one but his own tough-as-nails female general. She knows there’s no one as relentless, as insubordinate, and as effective in prying out the truth as Cooper—no matter where it leads or who it angers.Reluctantly paired with Special Agent Anna Masters, Cooper begins his search at the scene of a suspicious crash at Ramstein Air Base in Germany. There they uncover a trail of inexplicable “accidental” deaths that leads from the war-torn streets of Baghdad to sex slavery in Latvia and a marriage that began in the White House Rose Garden and disintegrated into bitterness and infidelity. And with every step they take, Cooper and Masters come closer to the shocking truth about the biggest and most murderous lie of all.