Kill Jar: Obsession, Descent, and a Hunt for Detroit's Most Notorious Serial Killer, The 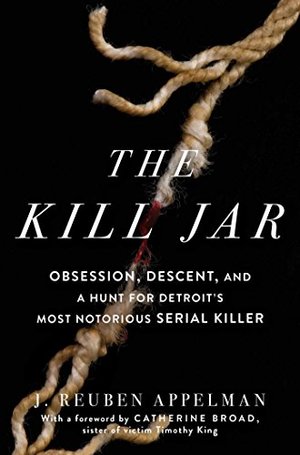 J. Reuben Appelman
Enthralling. Gripping. Cinematic. Raw. A cold case murder investigation paced like a podcast, as visually stunning as a film, and as brave and personal as our darkest memoirs. J. Reuben Appelman cracks open one of America’s most notorious murder sprees while simultaneously banging the gavel on his own history with violence. A deftly-crafted true crime story with grit, set amid the decaying sprawl of Detroit and its outliers. With a foreword by Catherine Broad, sister of victim Timothy King.Four children were abducted and murdered outside of Detroit during the winters of 1976 and 1977, their bodies eventually dumped in snow banks around the city. J. Reuben Appelman was six years old at the time the murders began and had evaded an abduction attempt during that same period, fueling a lifelong obsession with what became known as the Oakland County Child Killings. Autopsies showed the victims to have been fed while in captivity, reportedly held with care. And yet, with equal care, their bodies had allegedly been groomed post-mortem, scrubbed-free of evidence that might link to a killer. There were few credible leads, and equally few credible suspects. That’s what the cops had passed down to the press, and that’s what the city of Detroit, and J. Reuben Appelman, had come to believe. When the abductions mysteriously stopped, a task force operating on one of the largest manhunt budgets in history shut down without an arrest. Although no more murders occurred, Detroit and its environs remained haunted. The killer had, presumably, not been caught. Eerily overlaid upon the author’s own decades-old history with violence, The Kill Jar tells the gripping story of J. Reuben Appelman’s ten-year investigation into buried leads, apparent police cover-ups of evidence, con-men, child pornography rings, and high-level corruption saturating Detroit’s most notorious serial killer case.