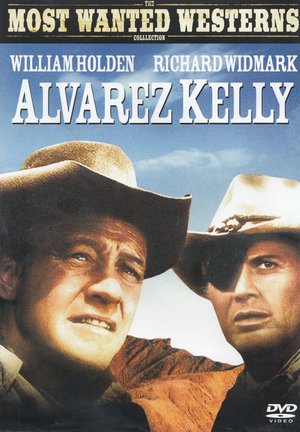 Edward Dmytryk
This is the story of a renegade adventurer, ALVAREZ KELLY (William Holden), who gets caught in the middle of the Civil War. With no loyalties to either North or South, Kelly is hired to drive a herd of cattle from Mexico to the Union Army in Virginia. However, along the way he is captured by Confederate Colonel Tom Rossiter (Richard Widmark) who persuades him...by shooting off a finger to deliverthe cattle to starving Confederates in Richmond. At a bridge leading to Richmond, the Union Army attacks and a bloody battle ensues in which Kelly risks his own life to save a Confederate officer. Inthe end, Kelly's fate once again lies in the hands of Colonel Rossiter.