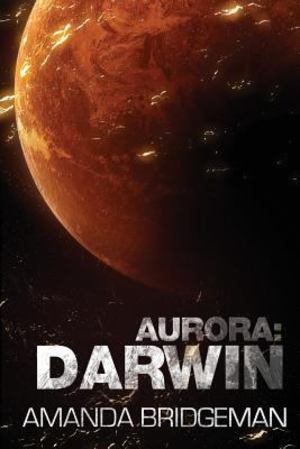 Amanda Bridgeman
A distress signal on the edge of inhabited space. A mission that is far outside normal parameters. Two very different people with one common goal - survival.When a distress signal is received from a black-ops space station on the edge of inhabited space, Captain Saul Harris of the UNF Aurora is called in from leave to respond. But the mission is not what it seems. Female members of the United National Forces have not been allowed to travel into the outer zones before, but Harris is ordered to take three new female recruits.For Corporal Carrie Welles, one of the Aurora's new recruits, her first mission in space seems like a dream come true. Determined to achieve the success of her father before her, and suddenly thrust into a terrifying mission, she must work with her new captain and the strained Aurora crew to make it home alive.When the Aurora arrives at the station Harris and Welles soon find themselves caught up in a desperate fight for survival. Station Darwin is not what they expected. The lights are off. But somebody is home.A thrilling space opera in the tradition of Leviathan Wakes by James S.A. Corey and David Weber's Honor Harrington novels.