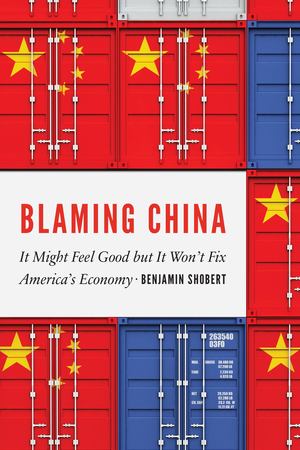 Benjamin Shobert
American society is angrier, more fragmented, and more polarized than at any time since the Civil War. We harbor deep insecurities about our economic future, our place in the world, our response to terrorism, and our deeply dysfunctional government. Over the next several years, Benjamin Shobert says, these four insecurities will be perverted and projected onto China in an attempt to shift blame for errors entirely of our own making. These misdirections will be satisfying in the short term but will eventually destabilize the global world that businesses, consumers, and governments have taken for granted for the last forty years and will usher in an age of geopolitical uncertainty characterized by regional conflict and increasing economic dislocation. Shobert, a senior associate at the National Bureau of Asian Research, explores how America's attitudes toward China have changed and how our economic anxieties and political dysfunction have laid the foundation for turning our collective frustrations away from acknowledging the consequences of our own poor decisions. Shobert argues that unless we address these problems, a disastrous chapter in American life is right around the corner, one in which Americans will decide that conflict with China is the only sensible option. After framing how the American public thinks about China, Shobert offers two alternative paths forward. He proposes steps that businesses, governments, and individuals can take to potentially stop and reverse America's path to a dystopian future.