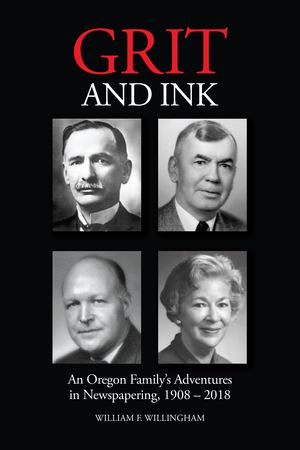 Willingham, William
Beneath the 24/7 national news cycle and argument over "fake news," there is a layer of journalism that communities absolutely depend upon. Grit and Ink offers a rare look inside the financial struggles and family dynamic that has kept a Pacific Northwest publishing group alive for more than a century. The newspapers of the Aldrich-Forrester-Bedford-Brown family depict the histories of towns like Pendleton, Astoria, John Day, Enterprise, and Long Beach, Washington. Written by noted historian William Willingham, Grit and Ink describes threats presented by the Ku Klux Klan, the Great Astoria Fire of 1923, the Great Depression, the Aryan Nation, the Malheur National Wildlife Refuge occupation, the Digital Revolution, and more.