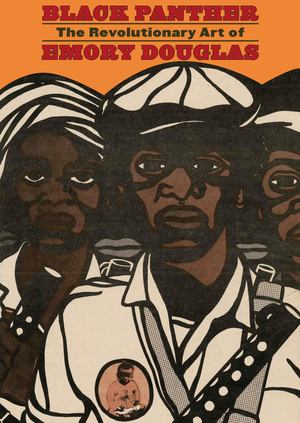 Sam Durant (Editor), Amiri Baraka (Contribution by), Kathleen Cleaver (Contribution by), Danny Glover (Foreword by), Bobby Seale (Preface by), Emory Douglas (Illustrator)
The Black Panther Party for Self Defense, formed in the aftermath of the assassination of Malcolm X in 1965, remains one of the most controversial movements of the 20th-century. Founded by the charismatic Huey P. Newton and Bobby Seale, the party sounded a defiant cry for an end to the institutionalized subjugation of African Americans. The Black Panther newspaper was founded to articulate the party's message and artist Emory Douglas became the paper's art director and later the party's Minister of Culture.Douglas's artistic talents and experience proved a powerful combination: his striking collages of photographs and his own drawings combined to create some of the era's most iconic images, like that of Newton with his signature beret and large gun set against a background of a blood-red star, which could be found blanketing neighborhoods during the 12 years the paper existed.This landmark book brings together a remarkable lineup of party insiders who detail the crafting of the party's visual identity.