Design of Dissent, The 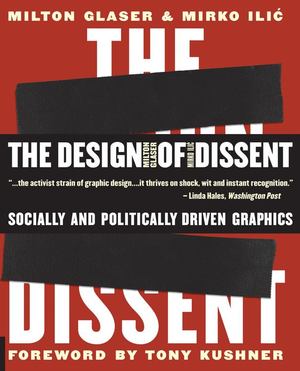 Milton Glaser, Mirko Ilic, Tony Kushner (Foreword by)
Chosen by the Editors at Amazon.com as one of the top 50 Best Books of 2005 - Now in paperback! With the world's economy in a slump, the Middle East's never ending conflict, and the on-going war on terrorism, there is a heightened awareness in the world community of the many sides of the numerous issues that both directly and indirectly affect our lives. Increasingly, people are feeling powerless and underrepresented because they have no voice. Designers, however, have a voice. They are among the most influential bystanders because their skills enable them to communicate a message easily through the Web or through posters and printed pieces. A picture is worth a thousand words and designers have used this adage to their advantage for years by creating simple yet powerful designs that immediately convey the message to the viewer. The Design of Dissent focuses on graphic work that designers have made as a result of social and political concerns. The time is certainly ripe as the U.S., and world, flares in opposition on so many important issues.