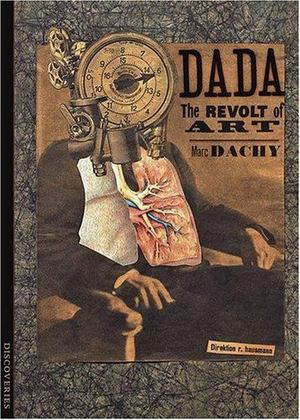 Marc Dachy
Well-written, loaded with information, and with a rich assortment of illustrations, each "Discoveries"(r) volume is a look at one facet of art, archaeology, music, history, philosophy, popular culture, science, or nature. These innovatively designed, affordably priced, compact paperbacks bring ideas to life and amplify our understanding of civilization in a new way. Dada was one of the most important and influential movements in 20th-century art. Beginning in the anti-establishment climate around World War I, it encompassed painting, sculpture, photography, poetry and language, graphic design, film, performing arts, and criticism in Europe and America. Dada had an immense effect on art throughout the 20th century. Its emphasis on machines reflected similar mechanistic currents in art through the war years; its appropriation of advertising imagery was revived in Pop Art in later decades; and its anti-aesthetic, anti-object, and anti-art principles persisted in important spurs of artistic theory and practice through the end of the century. The movement's history is outlined in this concise, readable text-the only short introduction devoted exclusively to Dada, supplemented with essential documents and a useful bibliography.