Enterobacter Sakazakii and Other Microorganisms in Powdered Infant Formula 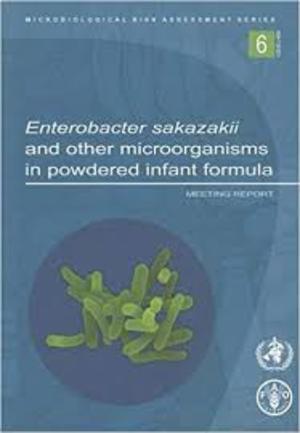 World Health Organization Staff (Contribution by), Food and Agriculture Organization of the United Nations Staff (Contribution by)
This publication contains the findings of an FAO/WHO expert meeting, held in Geneva in February 2004, organised in response to a request for scientific advice from the Codex Committee on Food Hygiene to facilitate the preparation of a revised International Code of Hygienic Practice for Foods for Infants and Children. The meeting reviewed evidence relating to the effects of contamination by microorganisms, particularly Enterobacter sakazakii, in powdered infant formula, and found that it has caused disease in all age groups, with infants, particularly pre-term, underweight or immunocompromised infants at greatest risk. The report looks at a range of control strategies during both manufacture and subsequent use of powdered infant formula that may be implemented to minimise the risk of contamination.