How the Far East Was Lost [Kindle] 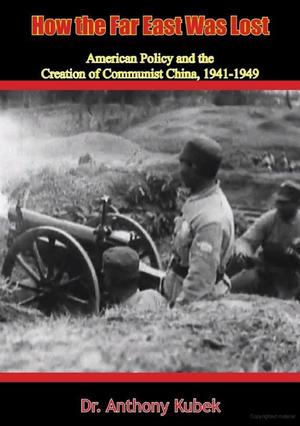 Dr. Anthony Kubek
The Far Eastern policy pursued during the Roosevelt-Truman administrations has long been the subject of spirited controversy among historians. This volume, first published in 1963, is the result of seven years of intensive research into a mass of documentary data dealing with the Communist conquest of China. “Professor Kubek discusses with unusual candor and clear vision the many mistakes of the Roosevelt and Truman Administrations with reference to the Far East. There are new data and fresh interpretations that lend additional evidence to support the contentions of earlier writers that the diplomacy of the Administrations of Roosevelt and Truman was disastrous in the extreme. The strange actions of General Marshall in China, and his blind policy while Secretary of State, were chief factors in the loss of China to the Communists. In a noteworthy chapter that all Americans should read, Professor Kubek traces in damning detail the tragic role that Marshall played in the fall of Nationalist China. “This is a volume that will earn the sharpest criticisms of the motley hordes that crowded the Roosevelt and Truman bandwagons, but it is a must book for any American who wants to know why the present sawdust Caesar, Khrushchev, can insult at will the President of the United States and can hurl continual threats to “bury” all Americans. Soviet militate might is the direct product of billions of Democratic Lend-Lease aid, coddling of Communists in high places in the American Government, and failure to understand the basic drives of world Communism. Never before in our history was Presidential leadership so devoid of vision, and never before had the mistakes of our Chief Executives been so fraught with peril to our nation. Read this book and then begin to worry about how Americans will fare in the next decade.”—Charles Callan Tansill, Professor Emeritus of Diplomatic History, Georgetown University (Foreword)