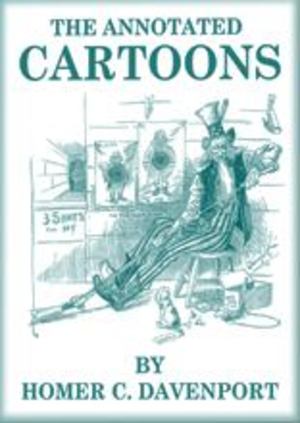 Gus Frederick (Annotations by, Compiled by), Homer C. Davenport (Artist)
In 1895, William Randolph Hearst purchased the New York Journal, and went head-to-toe with his former mentor Joseph Pulitzer. A main component of Hearst's arsenal was his impressive stable of cartoonists and illustrators. One of which was an Oregon country boy named Homer Davenport. In 1898 Davenport published a book of over 80 of his cartoons for Hearst, from the period of 1895 through 1897. For the first time in more than a century, we revisit these cartoons by Davenport, equipped with stories behind the faces and issues.