Fall of Rome, The 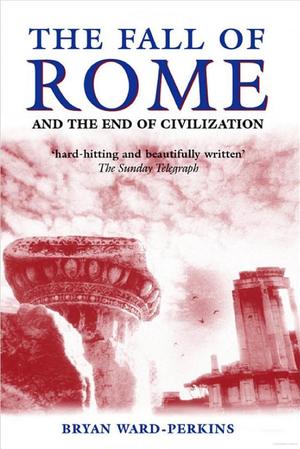 Bryan Ward-Perkins
Why did Rome fall? Vicious barbarian invasions during the fifth century resulted in the cataclysmic end of the world's most powerful civilization, and a 'dark age' for its conquered peoples. Or did it? The dominant view of this period today is that the 'fall of Rome' was a largely peaceful transition to Germanic rule, and the start of a positive cultural transformation. Bryan Ward-Perkins encourages every reader to think again by reclaiming the drama and violence of the last days of the Roman world, and reminding us of the very real horrors of barbarian occupation. Attacking new sources with relish and making use of a range of contemporary archaeological evidence, he looks at both the wider explanations for the disintegration of the Roman world and also the consequences for the lives of everyday Romans, in a world of economic collapse, marauding barbarians, and the rise of a new religious orthodoxy. He also looks at how and why successive generations have understood this period differently, and why the story is still so significant today.