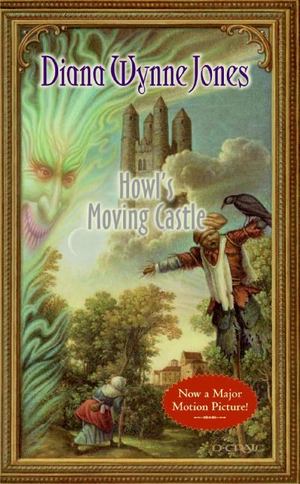 Diana Wynne Jones
In the land of Ingary, such things as spells, invisible cloaks, and seven-league boots were everyday things. The Witch of the Waste was another matter. After fifty years of quiet, it was rumored that the Witch was about to terrorize the country again. So when a moving black castle, blowing dark smoke from its four thin turrets, appeared on the horizon, everyone thought it was the Witch. The castle, however, belonged to Wizard Howl, who, it was said, liked to suck the souls of young girls. The Hatter sisters--Sophie, Lettie, and Martha--and all the other girls were warned not to venture into the streets alone. But that was only the beginning. In this giant jigsaw puzzle of a fantasy, people and things are never quite what they seem. Destinies are intertwined, identities exchanged, lovers confused. The Witch has placed a spell on Howl. Does the clue to breaking it lie in a famous poem? And what will happen to Sophie Hatter when she enters Howl's castle? Diana Wynne Jones's entrancing fantasy is filled with surprises at every turn, but when the final stormy duel between the Witch and the Wizard is finished, all the pieces fall magically into place.